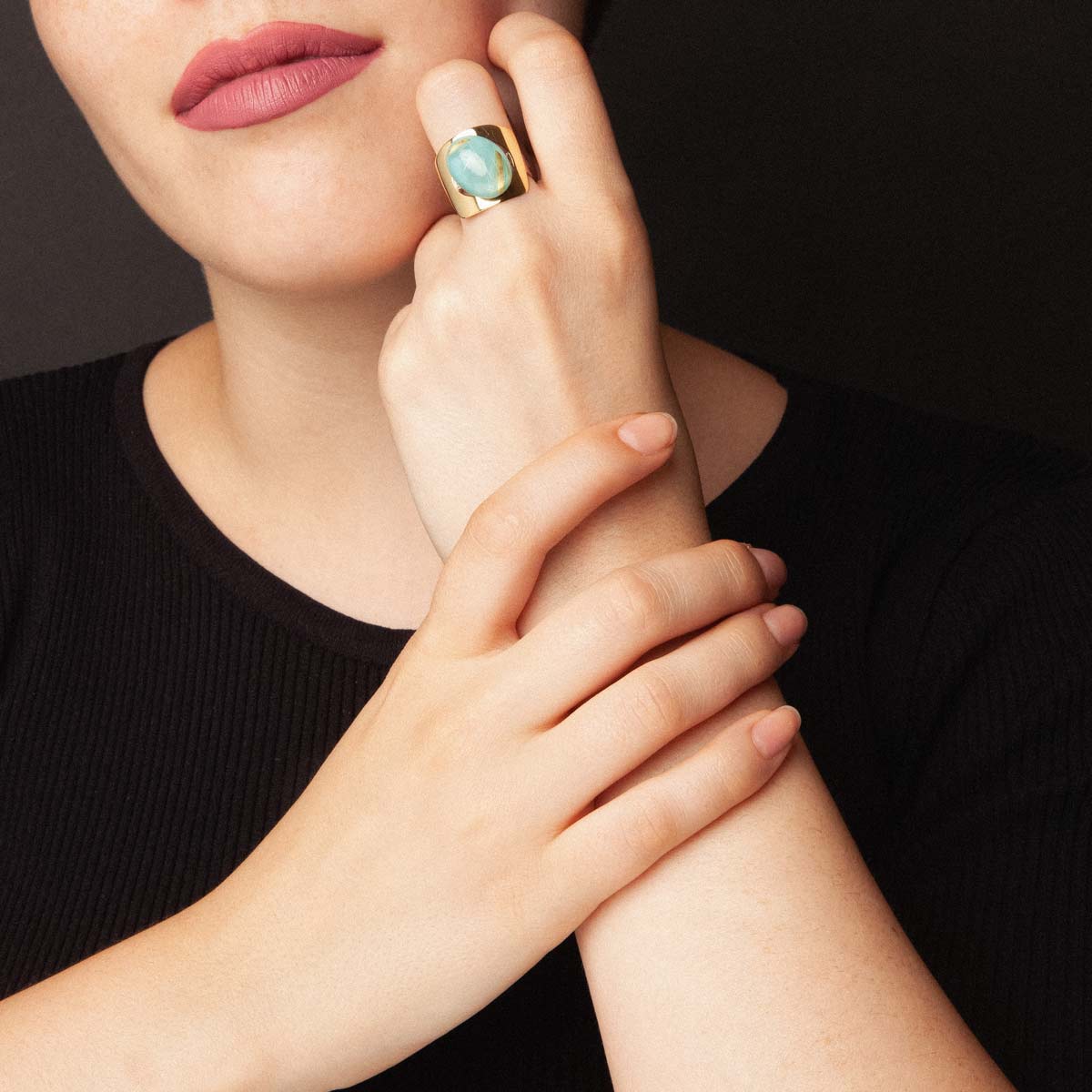 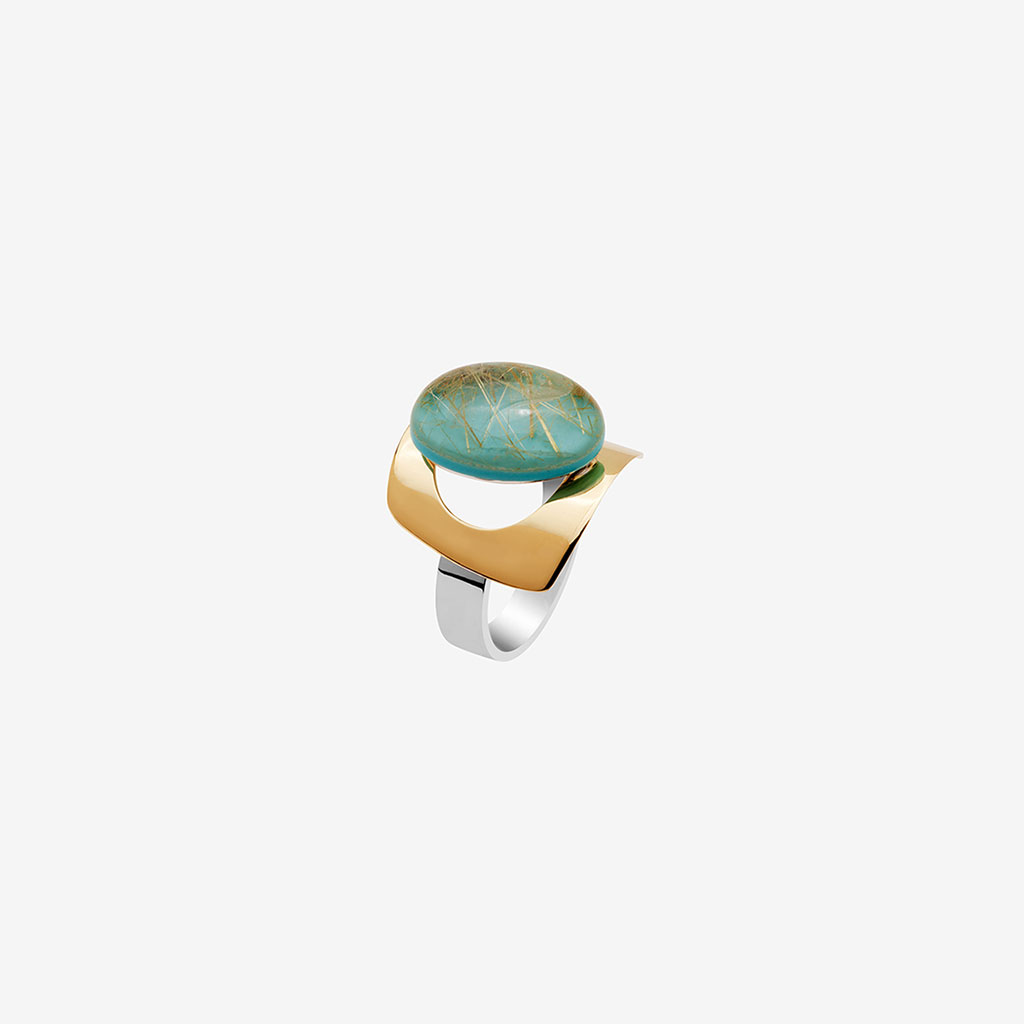 The turquoise it is a greenish-blue mineral found primarily in desert regions, especially in the United States. The word derives from the French pierre turquoise which means: "Turkish stone". Actually, in Turkey there are no deposits of this stone but they were traded there, so the gem was associated with this country. It is a relatively rare mineral, and has always been highly prized as a precious and ornamental stone due to its unique color.