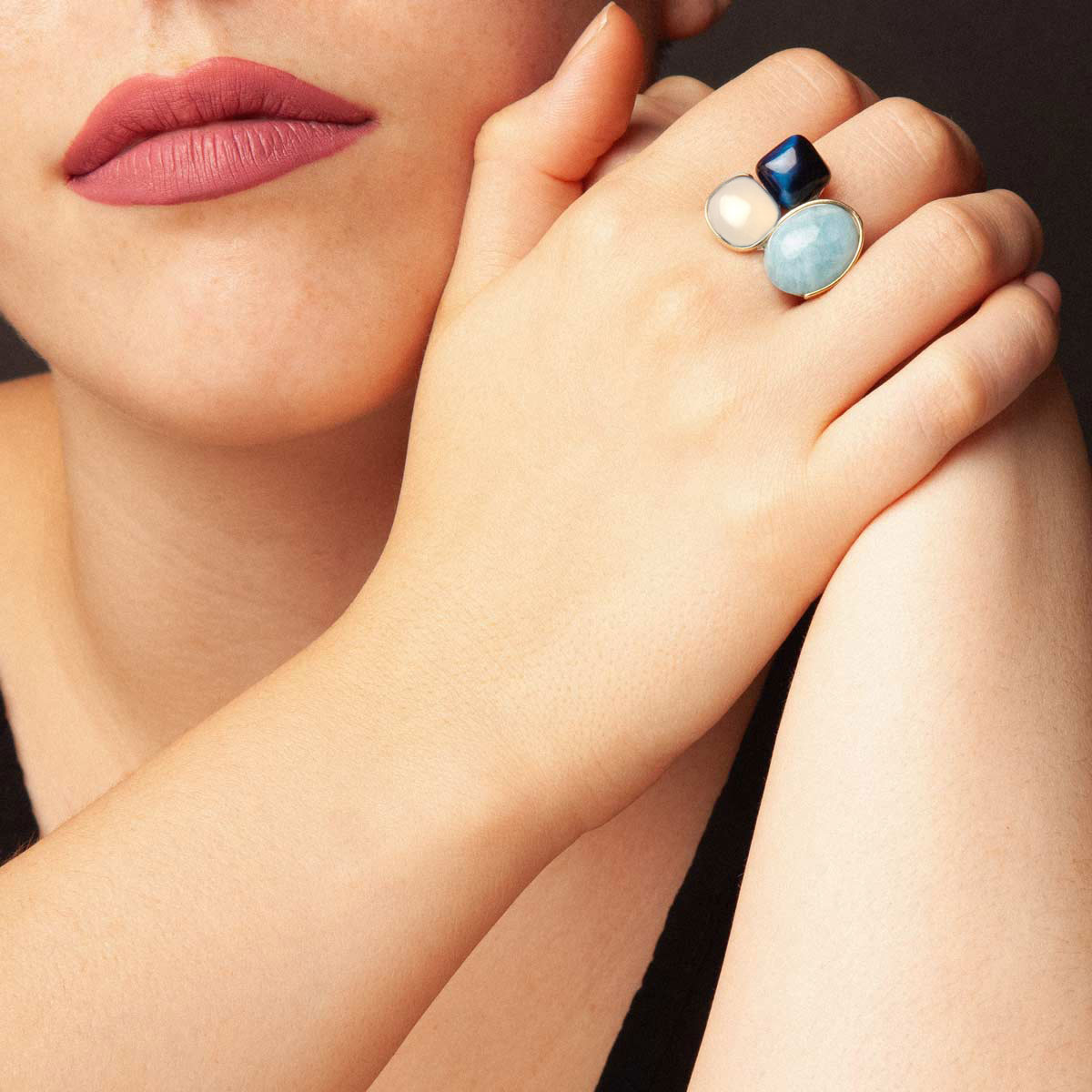 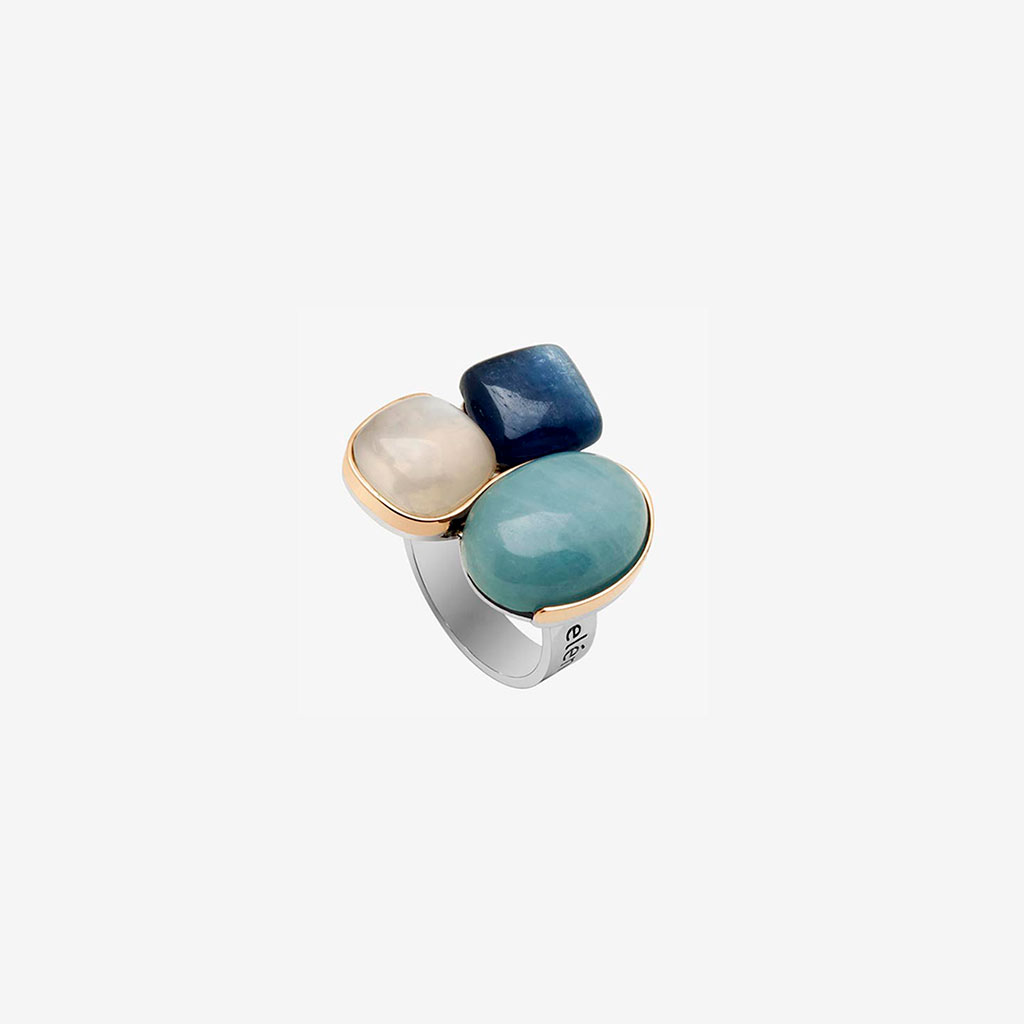 The aquamarine It is a mineral of magmatic origin associated with granitic rocks with a composition similar to that of the emerald. The particular chemical structure of iron in this case makes it have a blue color similar to sea water, from which it gets its name. It is found mainly in deposits in Brazil.

The kyanite It is an iridescent blue mineral from Brazil that appears in metamorphic rocks. Its name derives from the Greek kyanos, which means "blue".

The Moon Stone It comes from Burma and is the common name for the opalescent microcline. It is white, gray or orange.