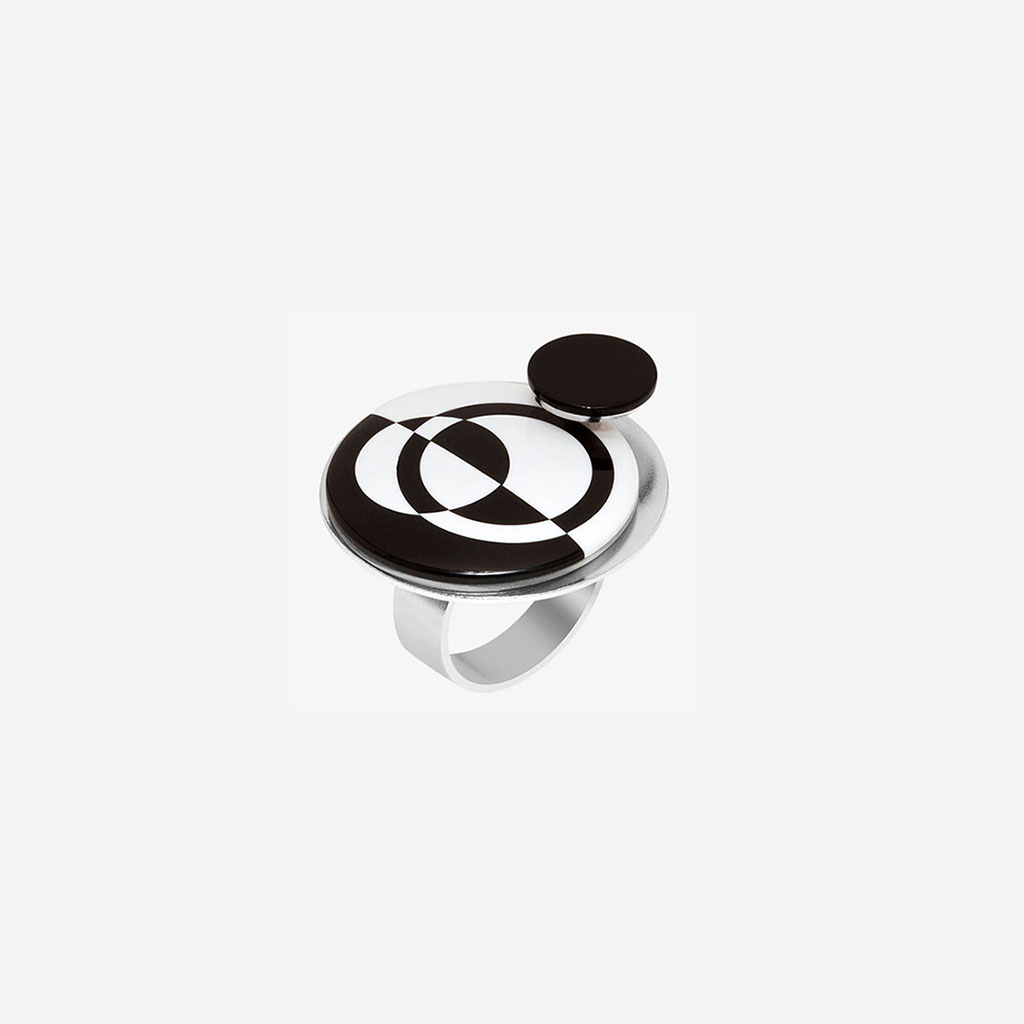 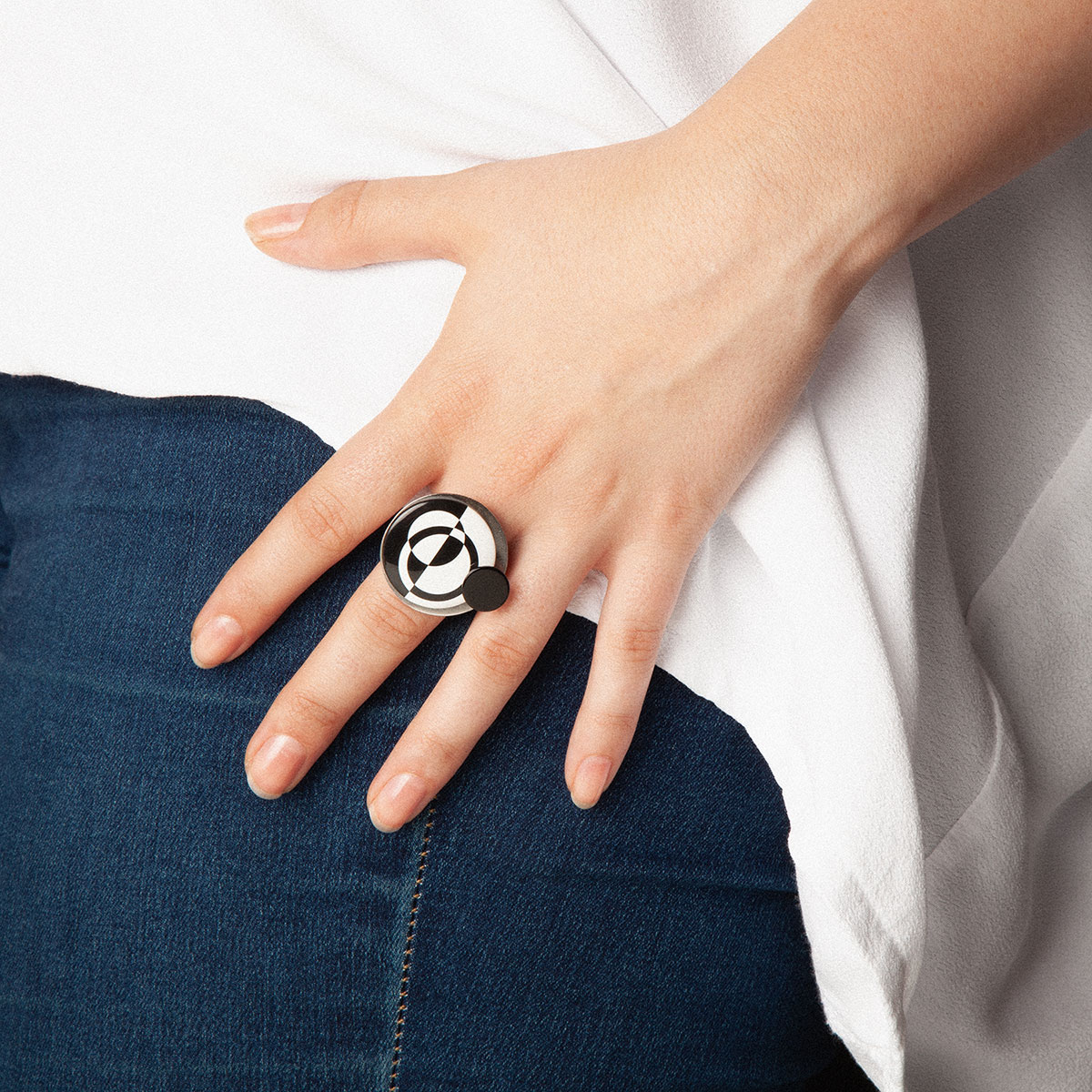 Bou ring in silver, onyx and black and white mosaic

A mosaic It is an artisan work that from small pieces of stone, ceramic or glass glued together, creates a larger object.