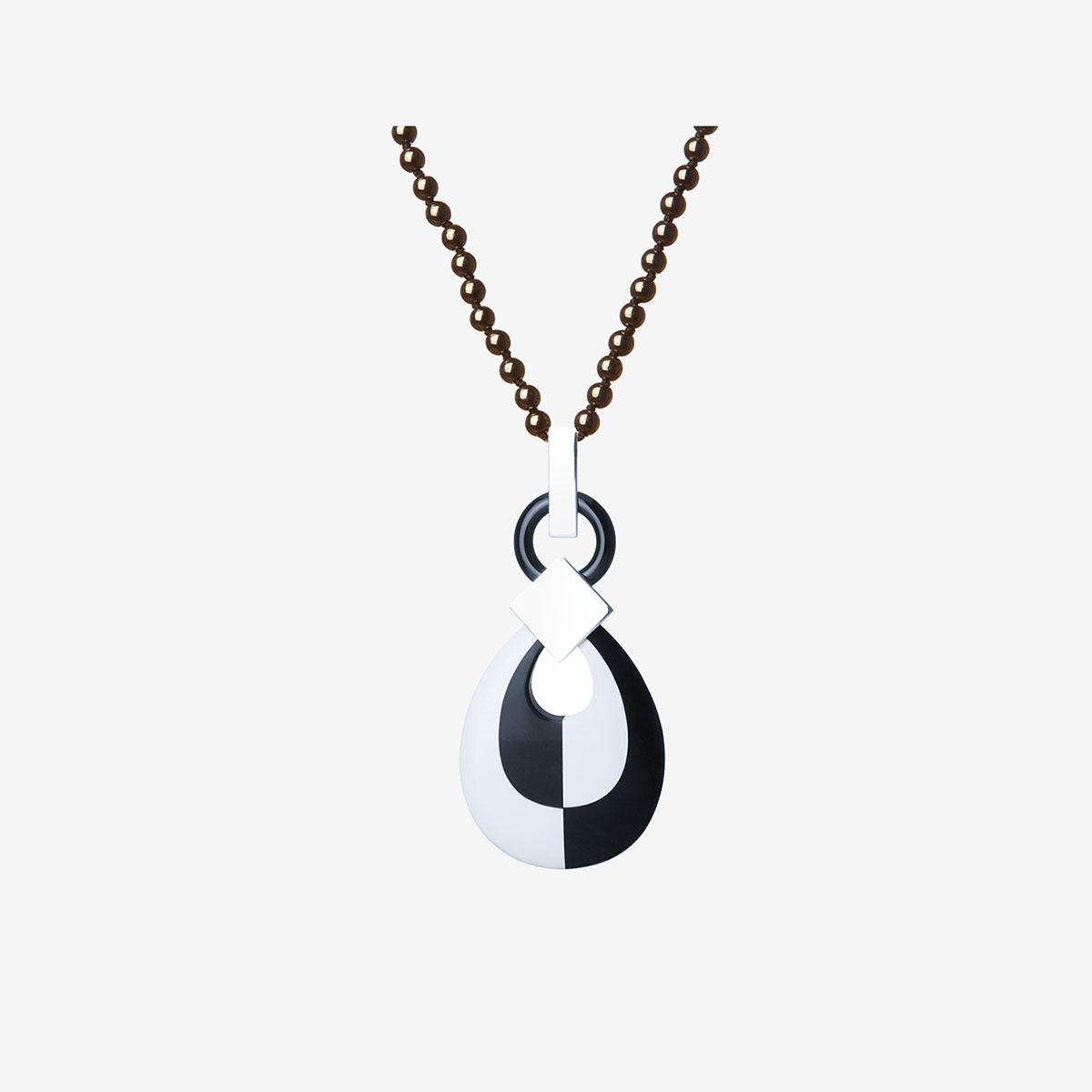 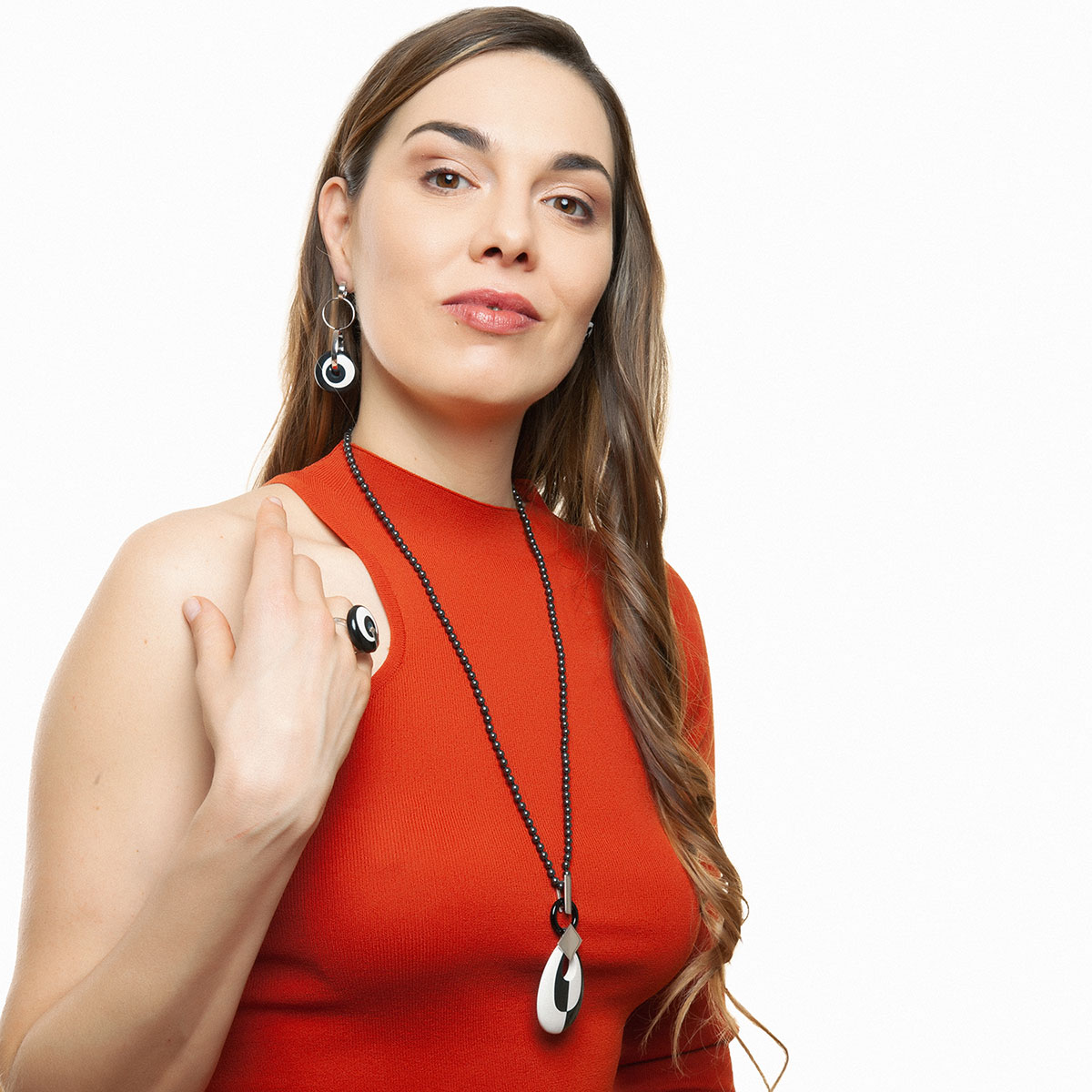 Dor necklace in silver, onyx and black and white mosaic

Handmade sterling silver necklace in a square piece of 11×11 mm and a rectangular piece of 20×6. 22 mm onyx hoop. and a drop-shaped piece made as a 50×40 mm black and white mosaic. 70 mm hematite chain.

The mosaic It is an artisan work in which small pieces of white and black pasta are joined, glued together. These pieces follow the pattern of previously designed geometric drawings.