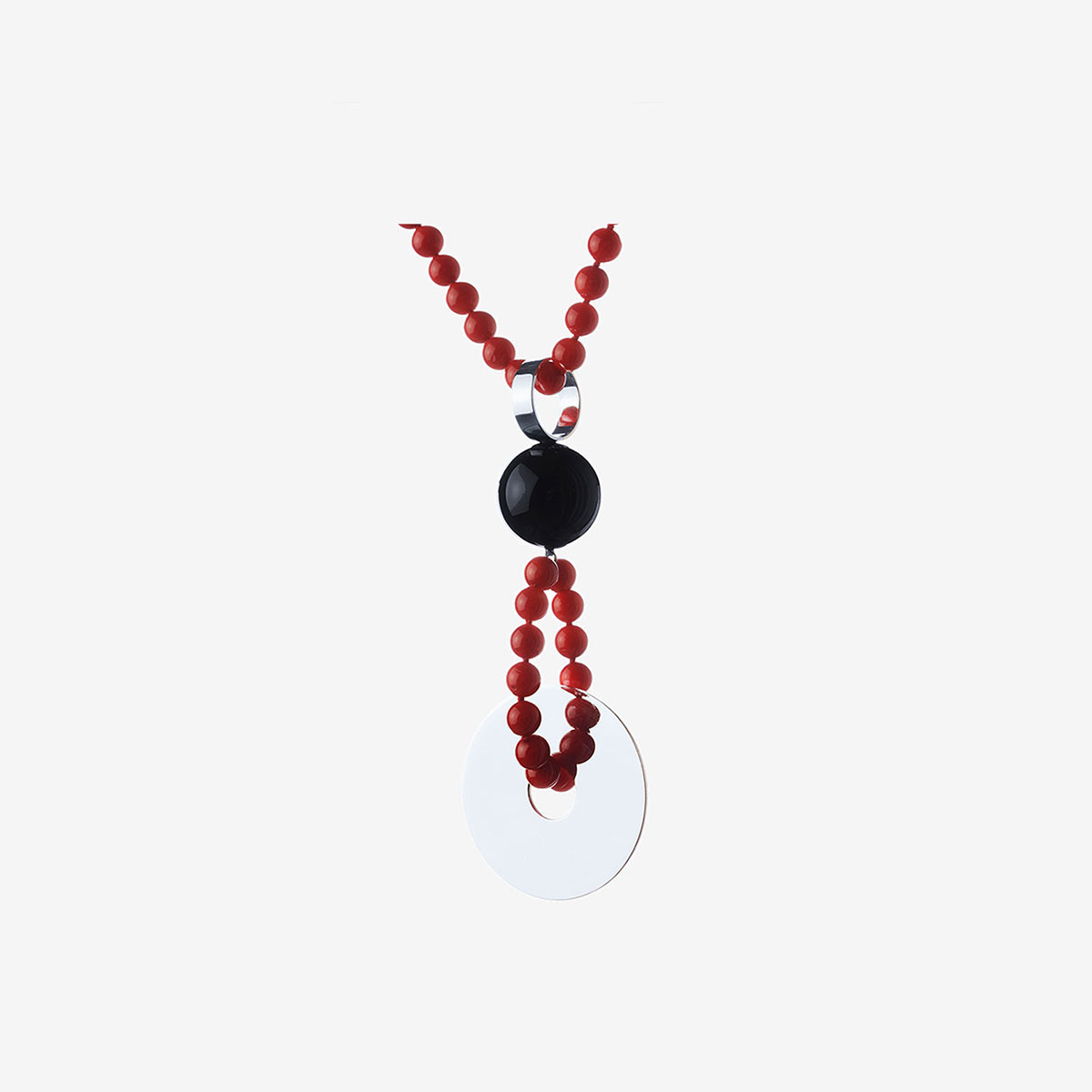 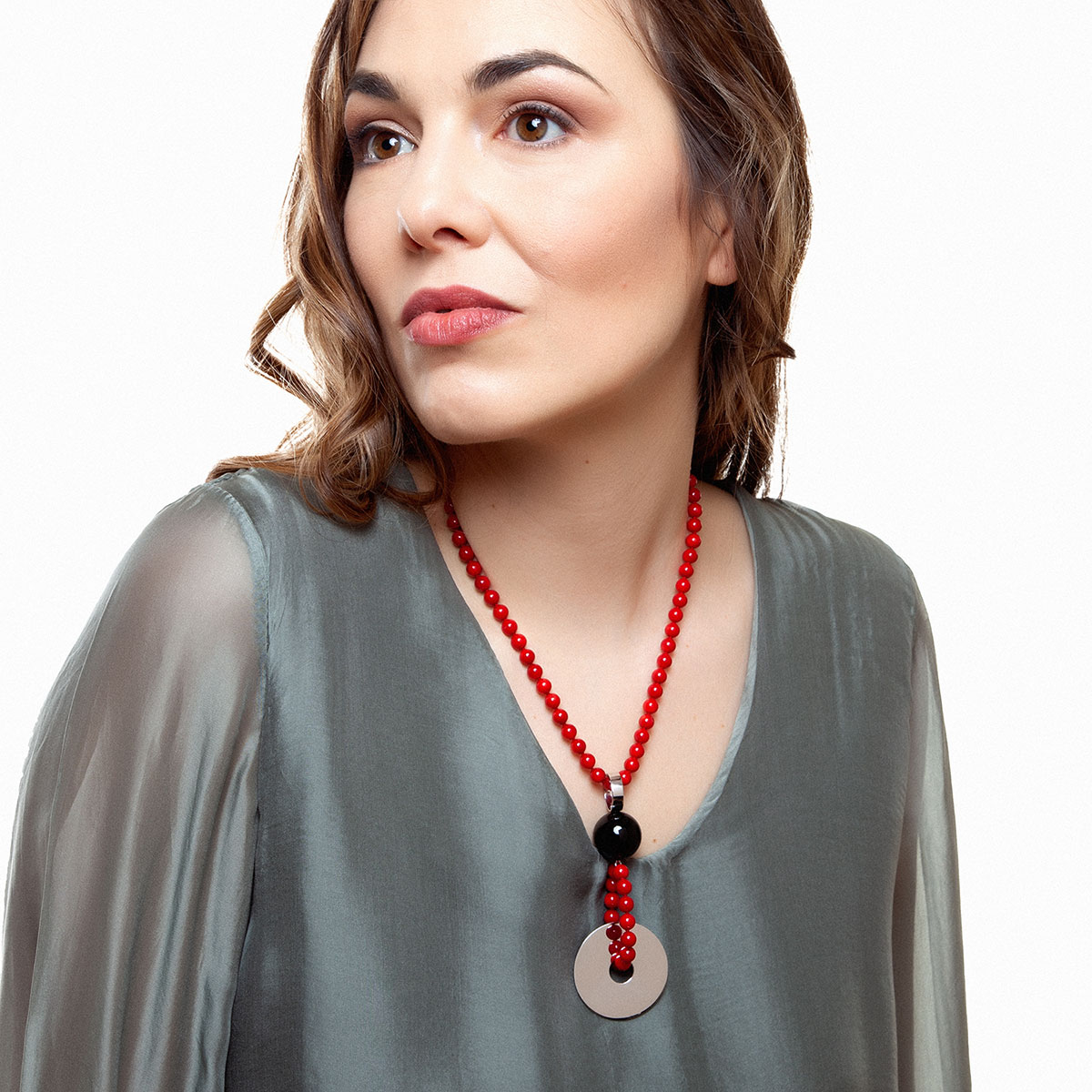 The coral It is a small invertebrate living being. It lives at the bottom of warm seas and forms colonies of millions of individuals linked together by calcareous skeletons in a tree-shaped way. Its exterior is rough, but when polished, a smooth and shiny surface is obtained. Its color can range from pale pink to red. It comes from Japan and Sicily.