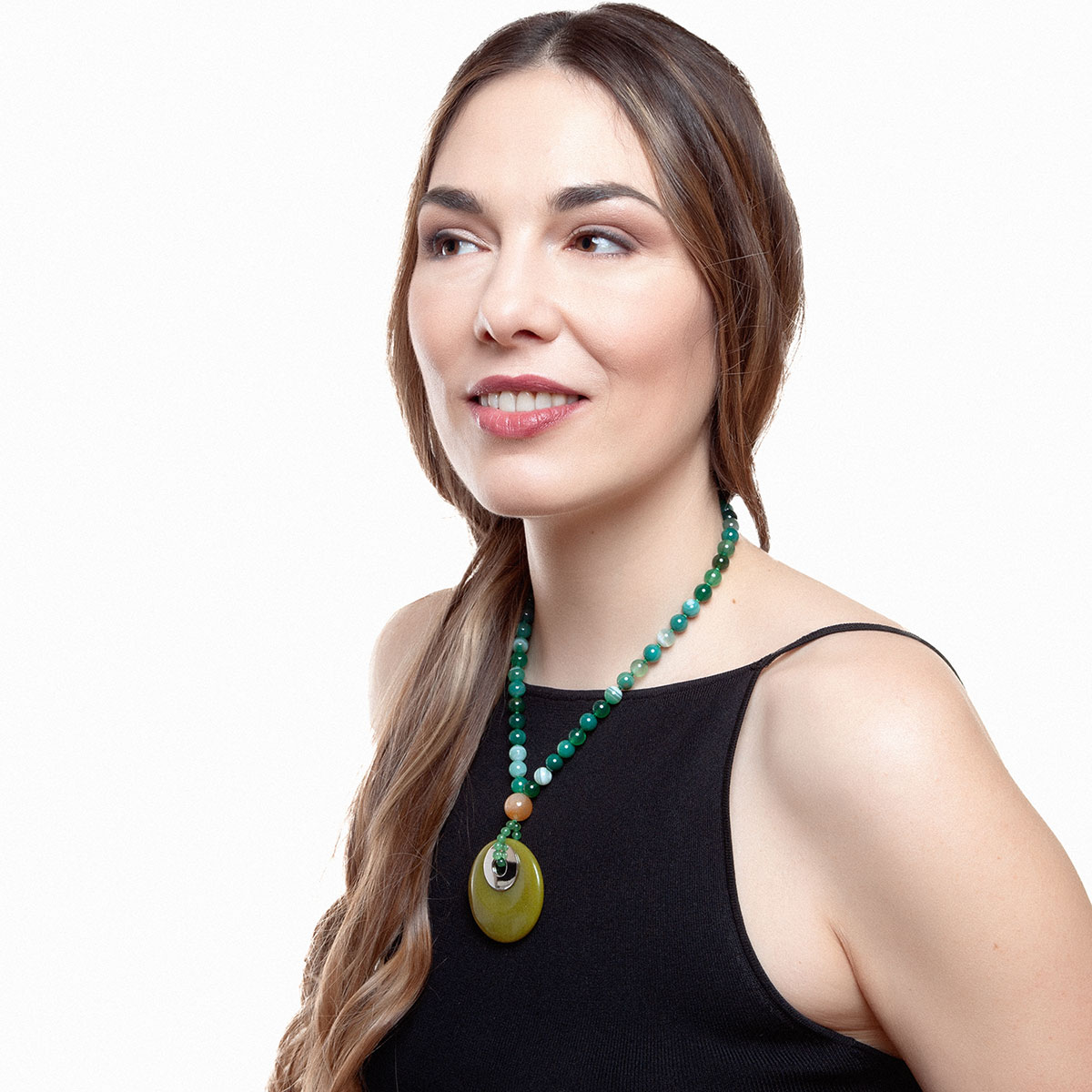 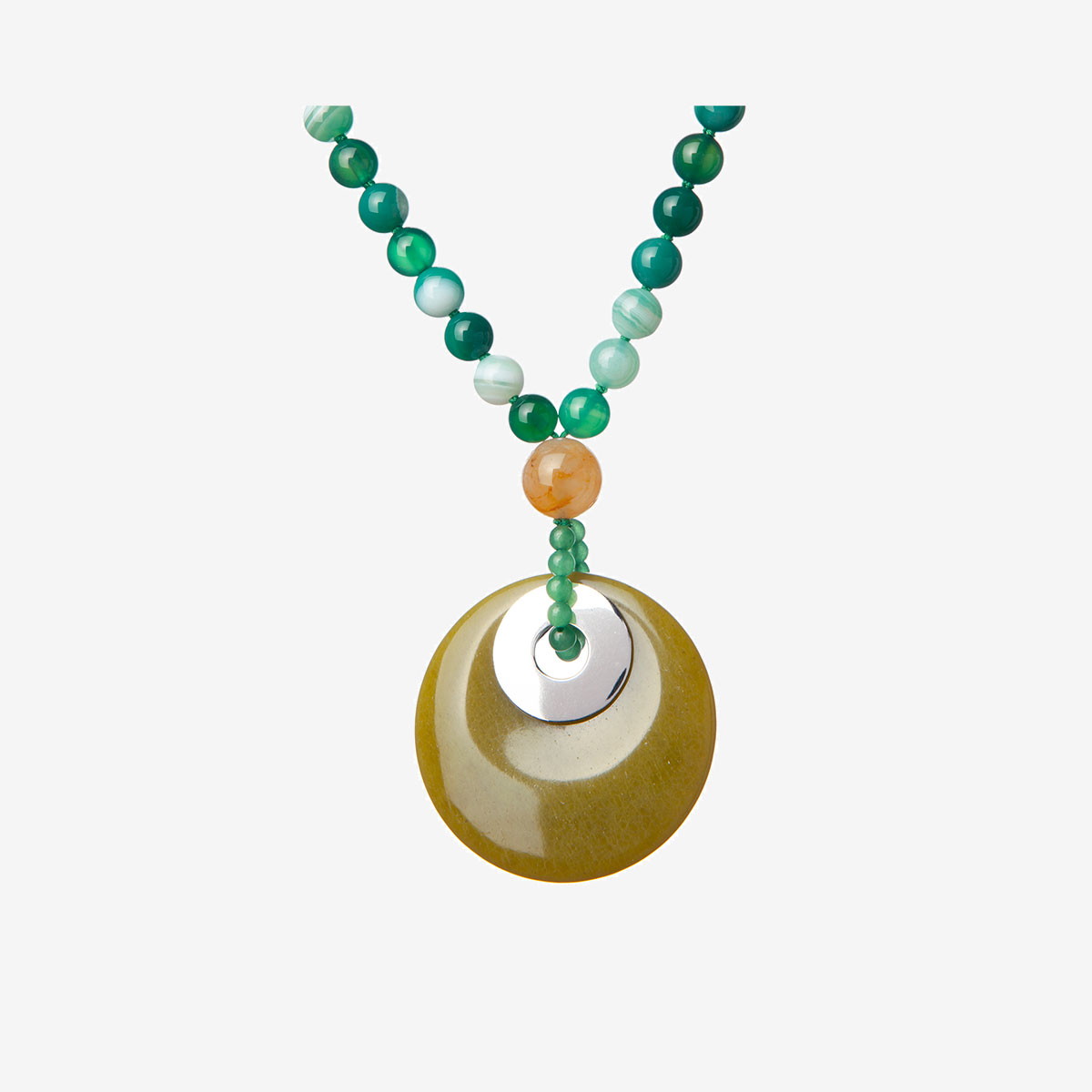 The jasper It is a variety of microcrystalline quartz of volcanic origin. Its color is due to the multiple inclusions that have been deposited during its formation. It usually has a great variety of veins, circles and mixtures of colors. The word jasper comes from the Greek iaspis, which means “stained stone”.

The green jasper It is a variety of jasper that is also known as "rain bearer". The presence of chlorite, an iron silicate, gives the crystal a green color that goes from lighter to darker.

The banded agate It is a variety of agate that presents linear drawings, whose natural color contains a range of tones that go from white to black. This agate has been colored to highlight the beauty of its veins. Each piece is unique and unrepeatable.