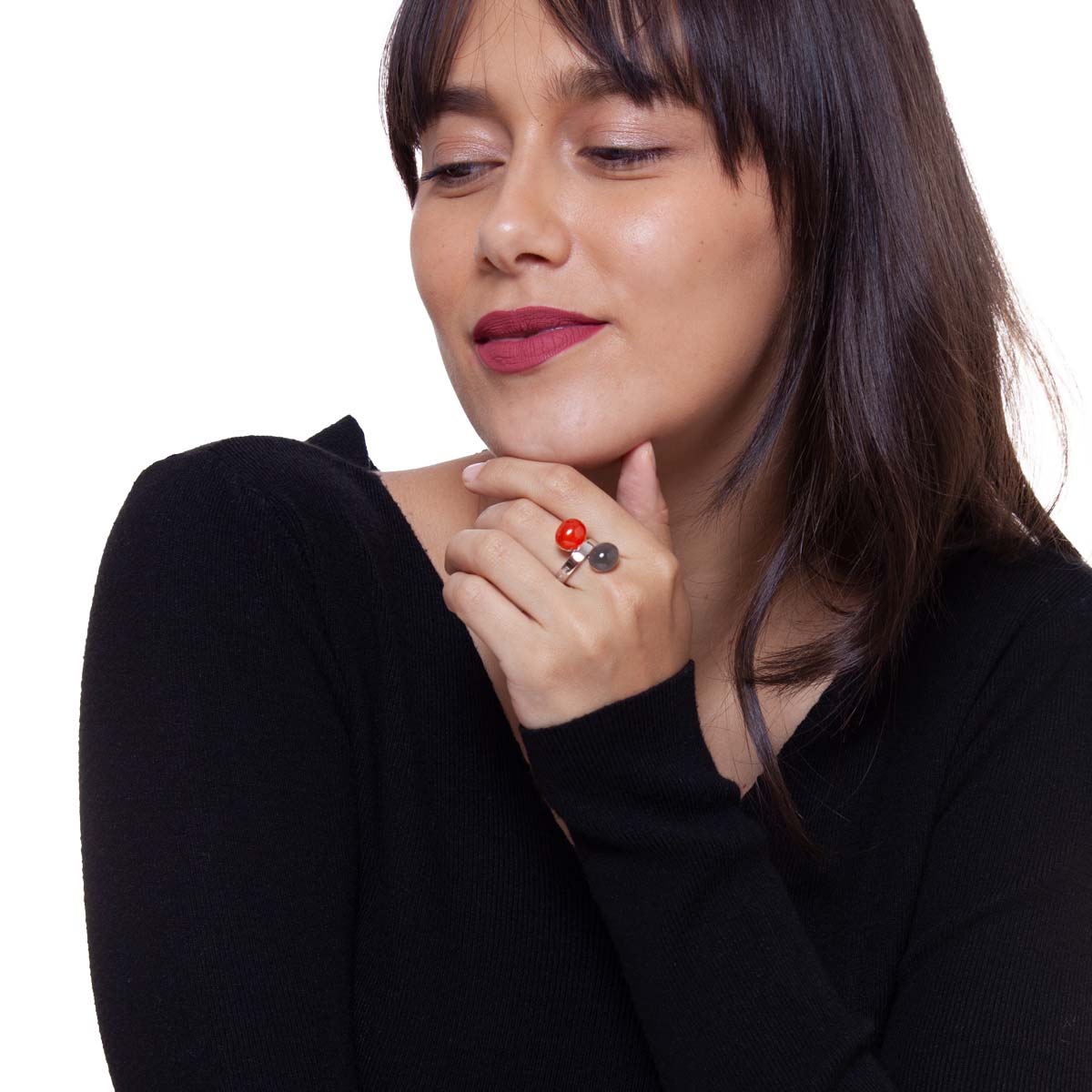 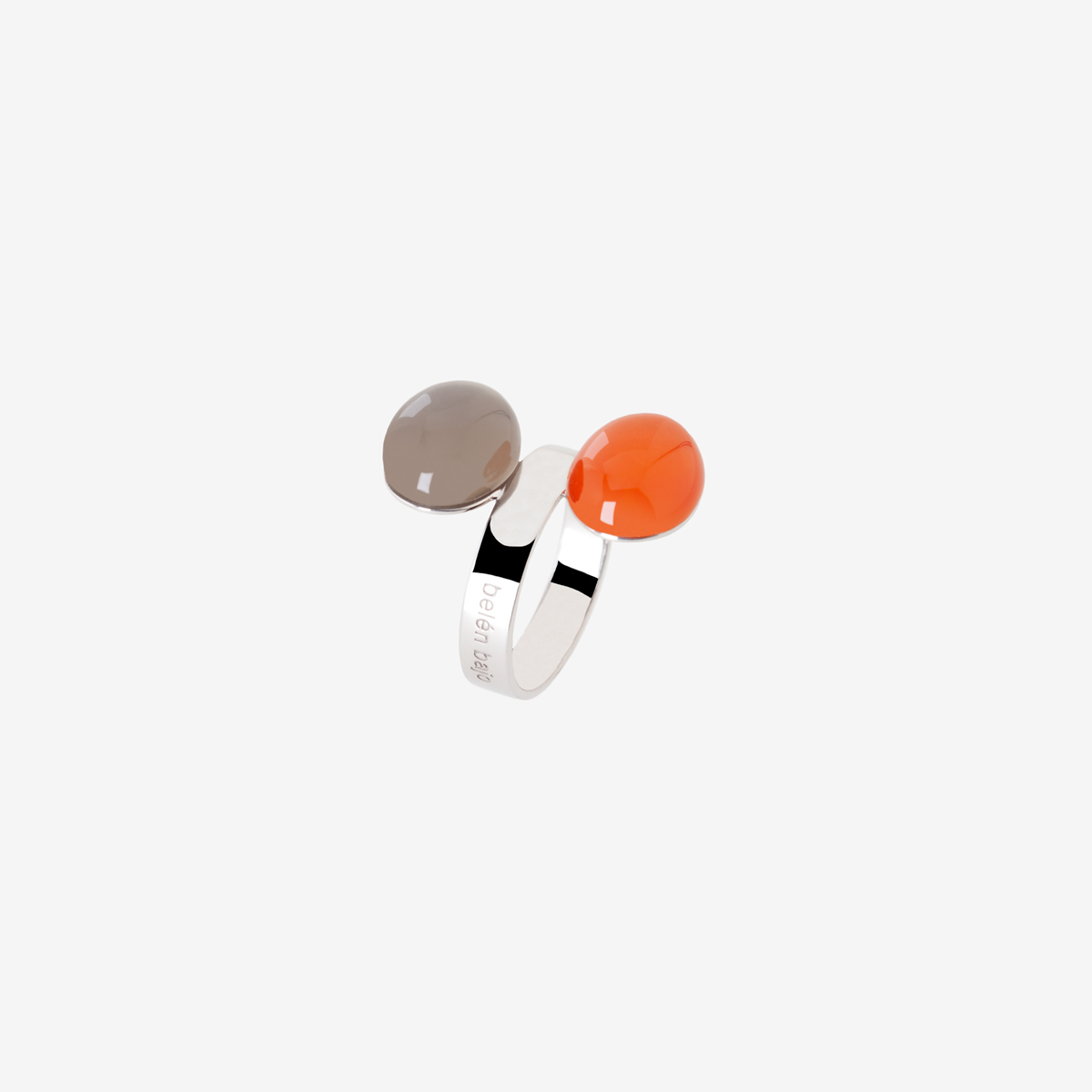 Handmade ring with two pieces in the shape of an oval cabochon of 12×10 mm moonstone and 12×10 mm carnelian agate. Sterling silver hoop.

The Moon Stone It comes from Burma and is the common name for the opalescent microcline. It is white, gray or orange.