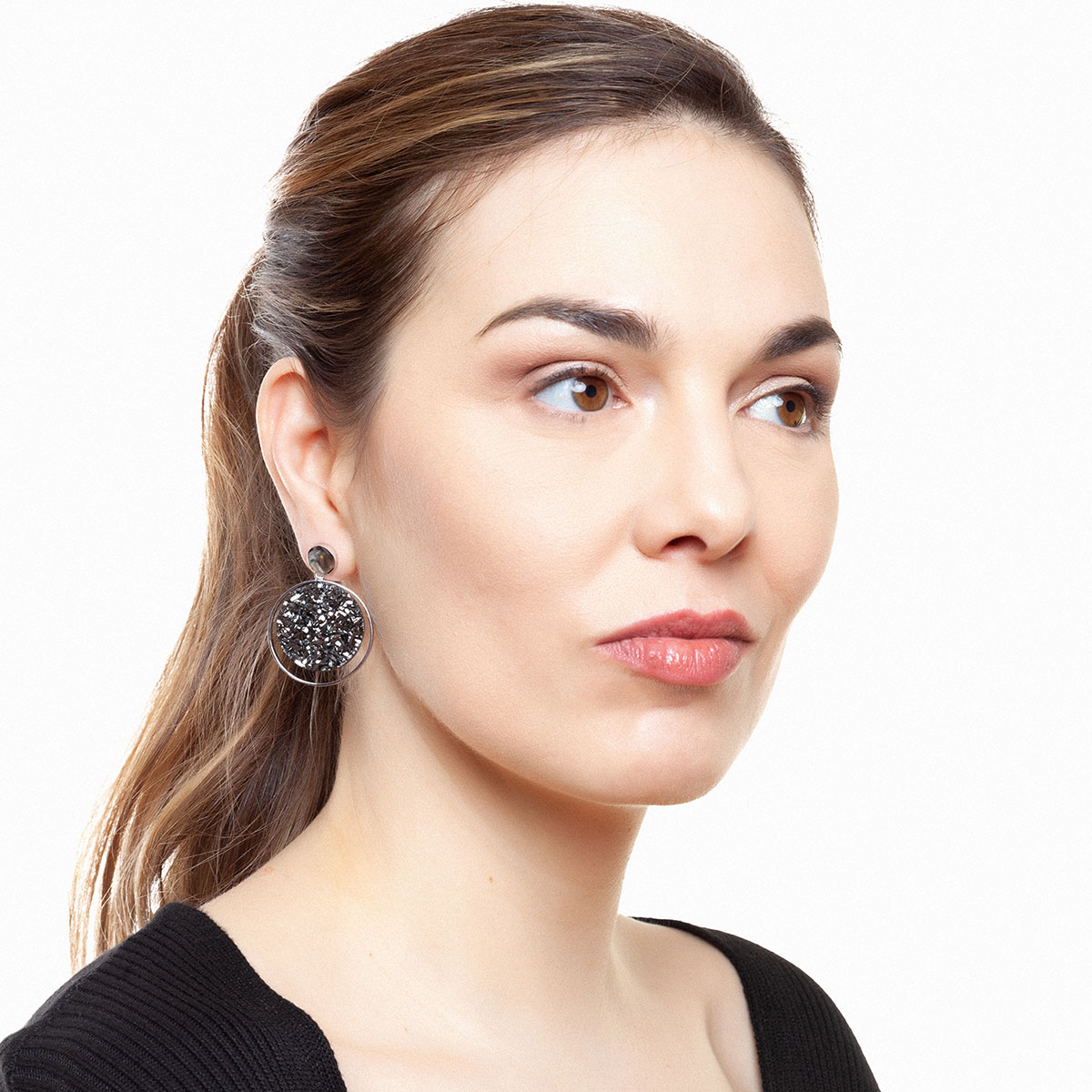 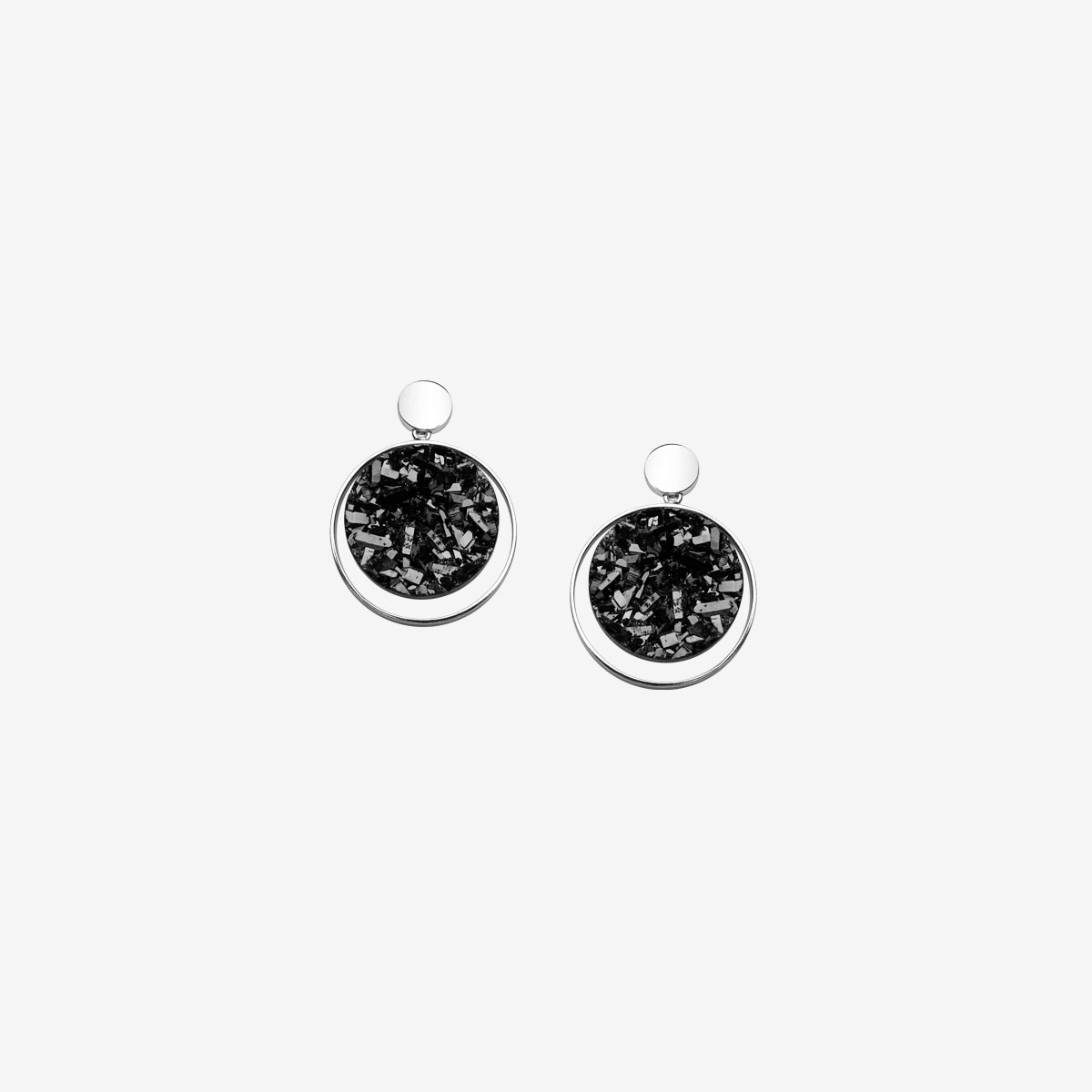 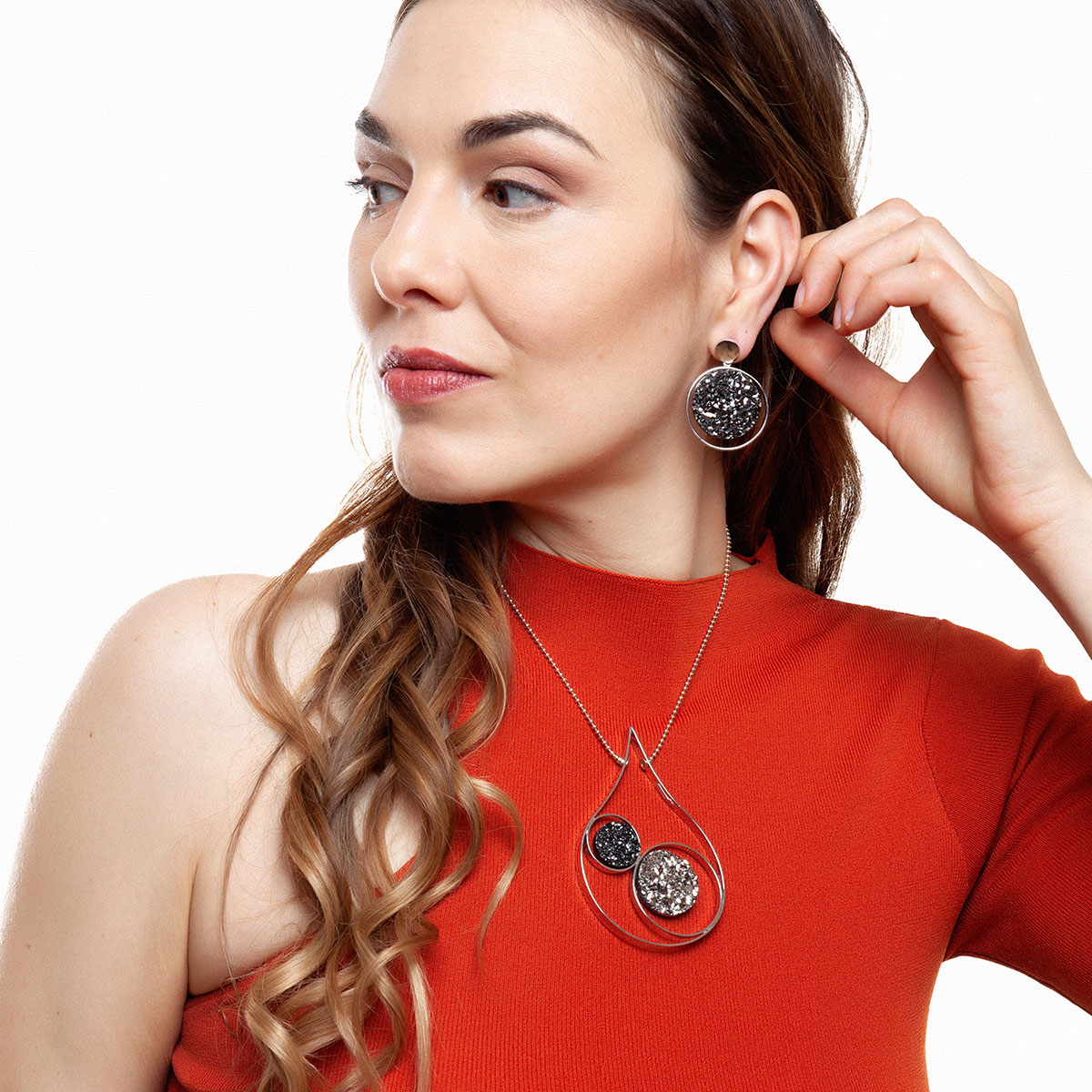 Gul earrings in silver and druzy

The druse It is a set of crystals that cover the surface of the agate. They occur in rocky cavities called geodes (from the Greek geodes, which means “like the earth”). There is a wide range of colors.