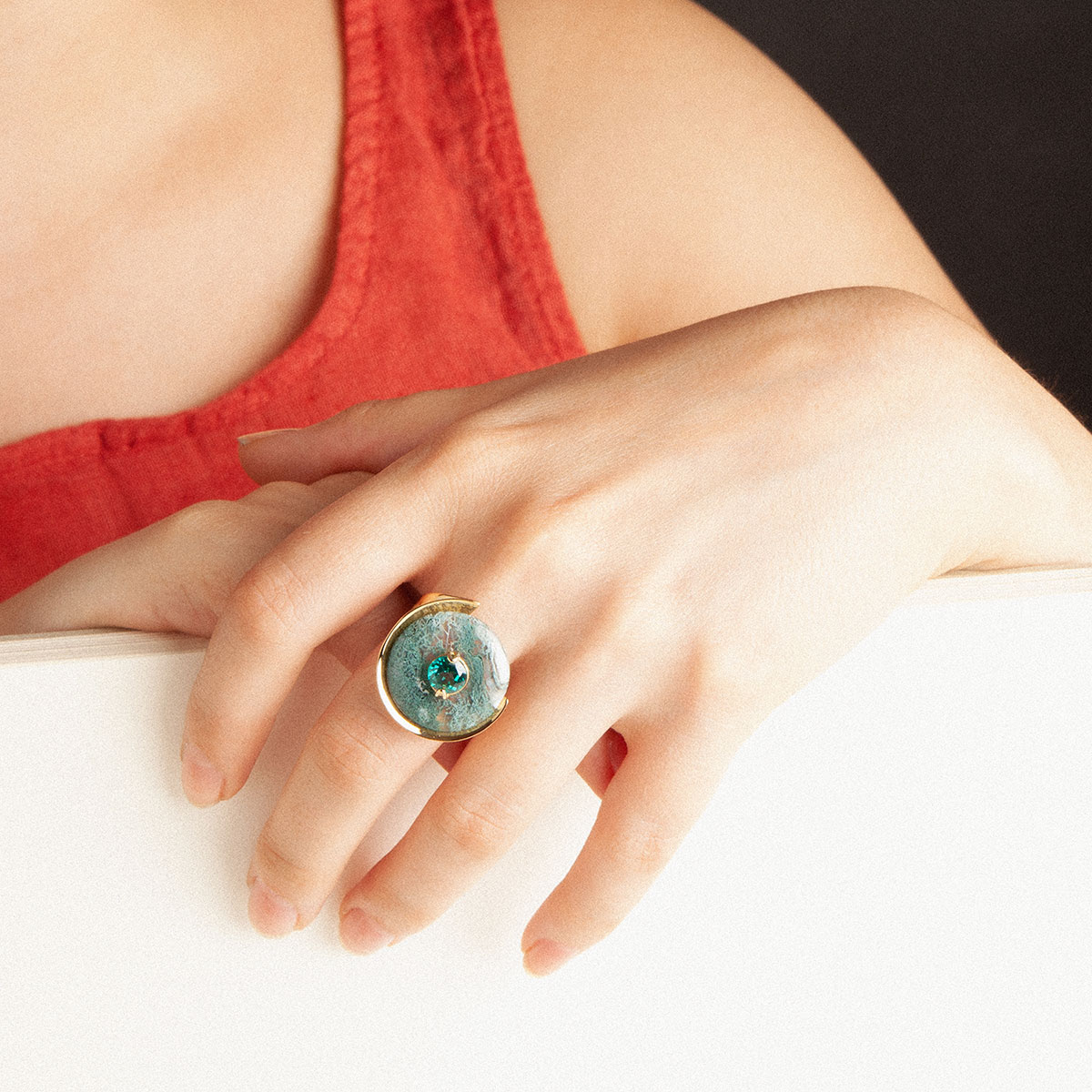 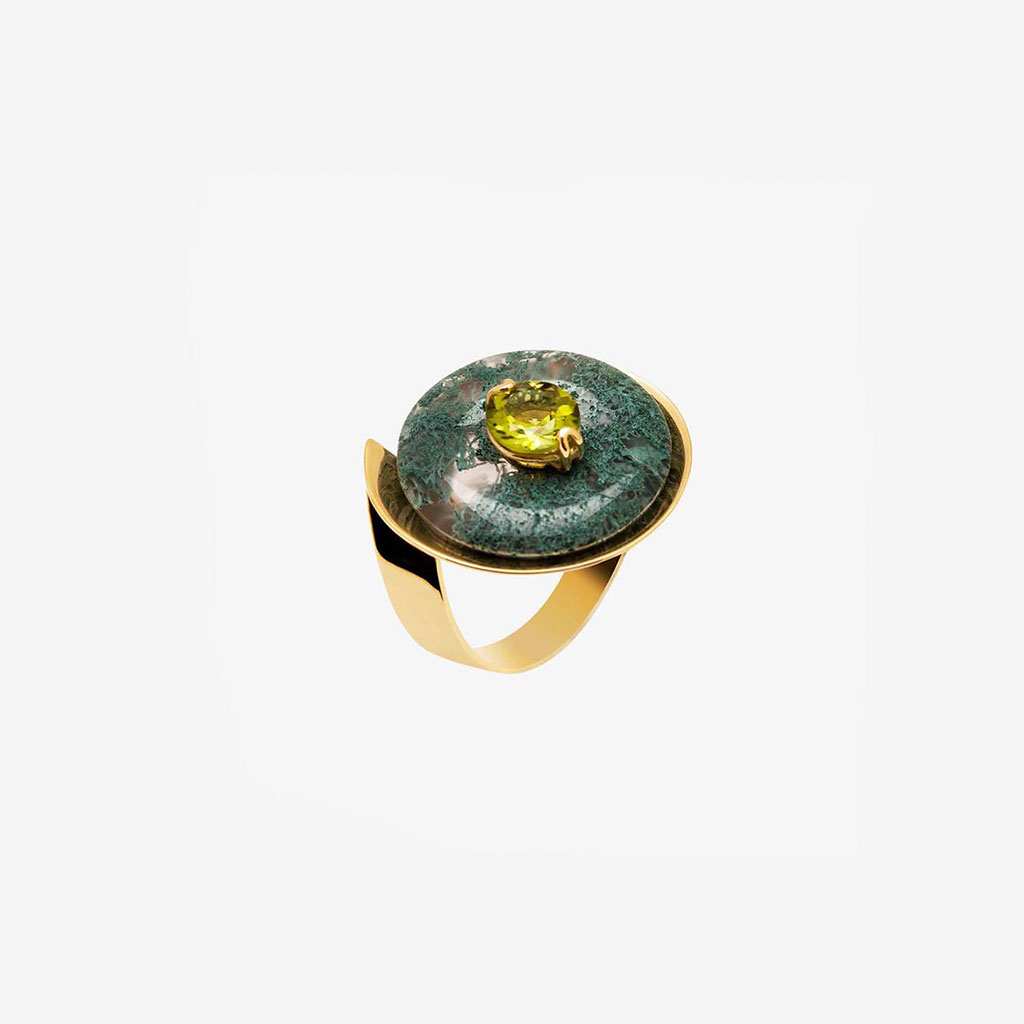 The peridot it is the gem quality of olivine. It comes from Pakistan and Brazil and forms in igneous rocks. Due to its high iron content, it has a light olive color that comes from the basic composition of the mineral.