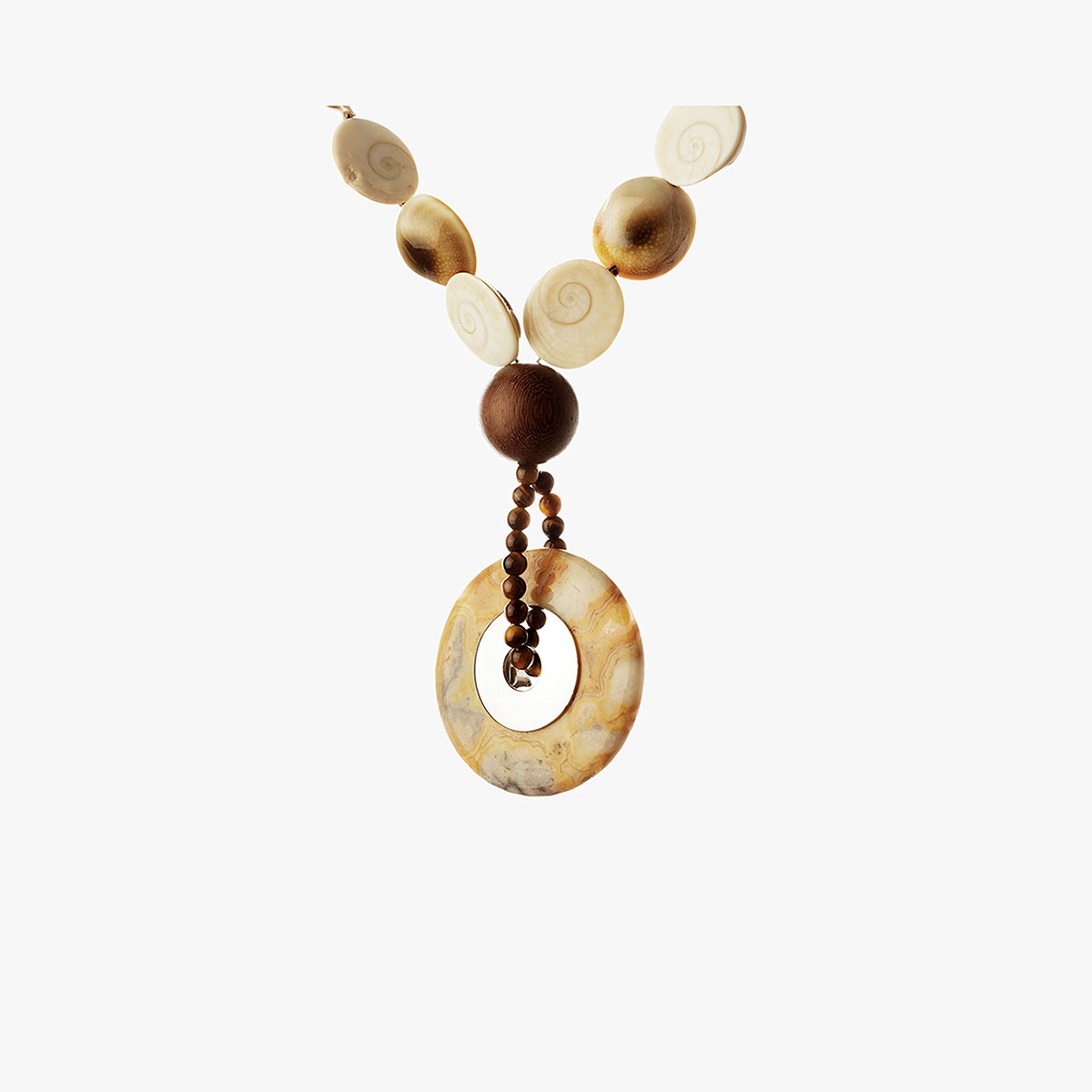 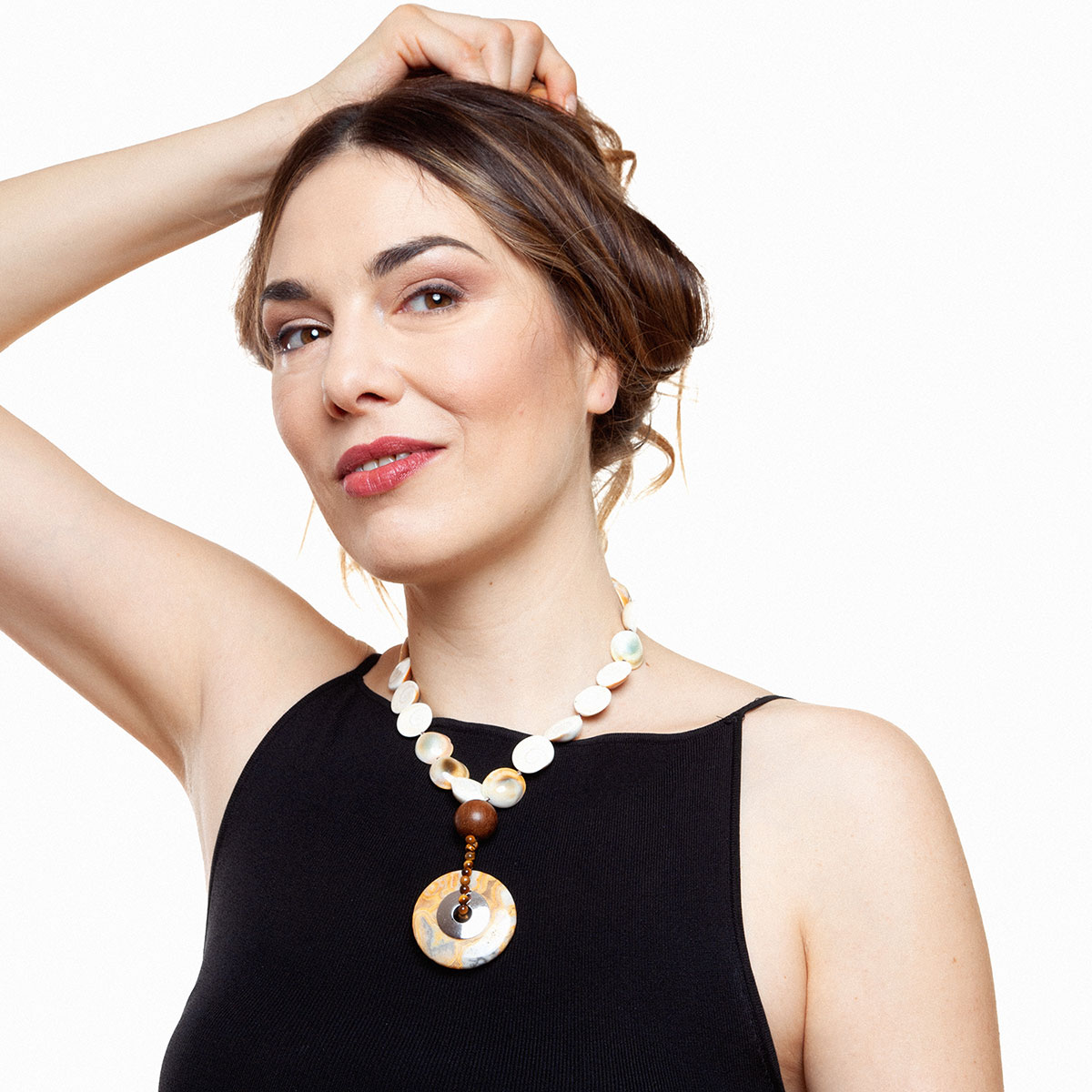 The name of the boat wood It comes from the wood of the balso, a tree that grows in the subtropical jungle of Colombia, Ecuador and Central America. It is known for being the lightest wood, being even lighter than cork.

The shell used in this necklace is the internal part of the exoskeleton that certain molluscs have.