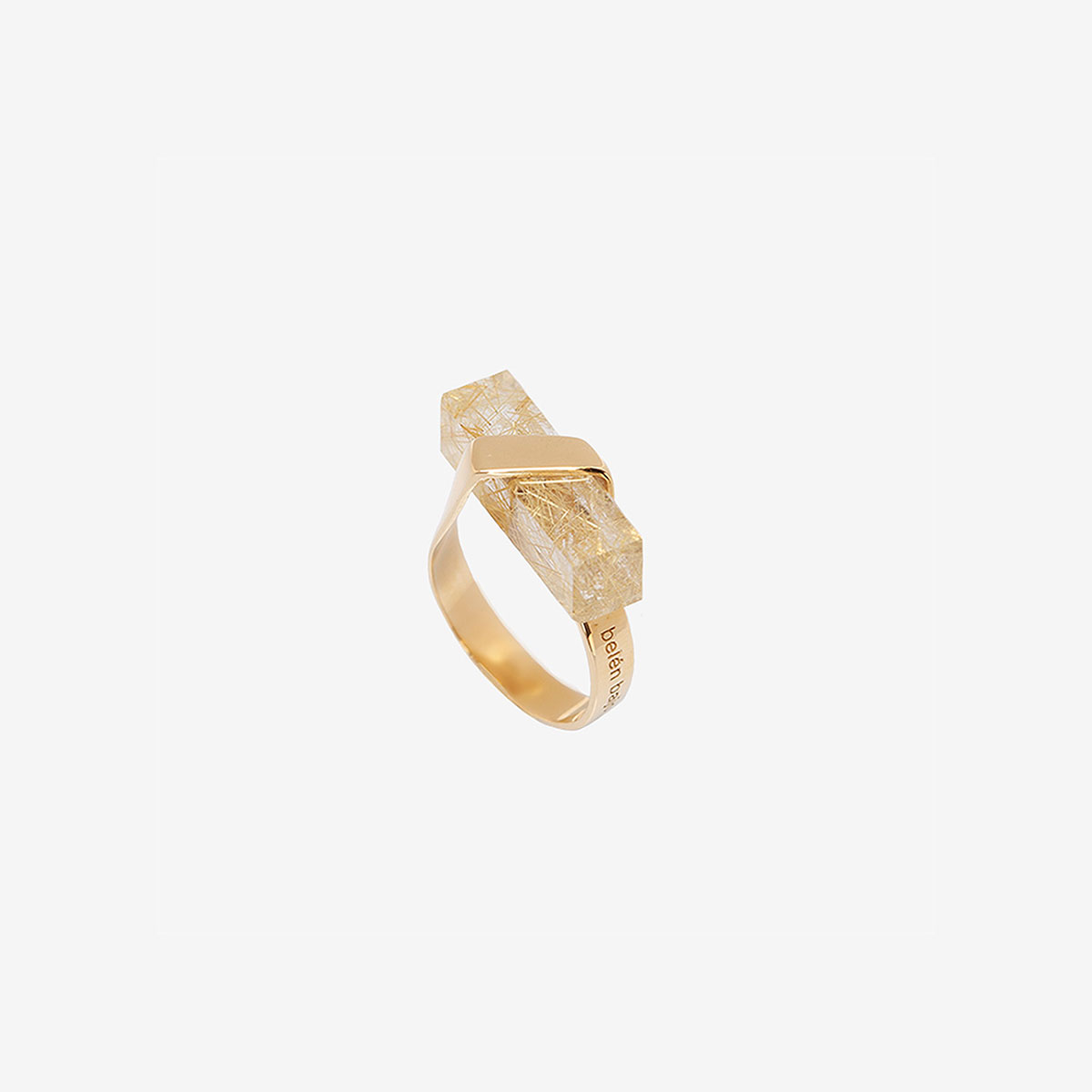 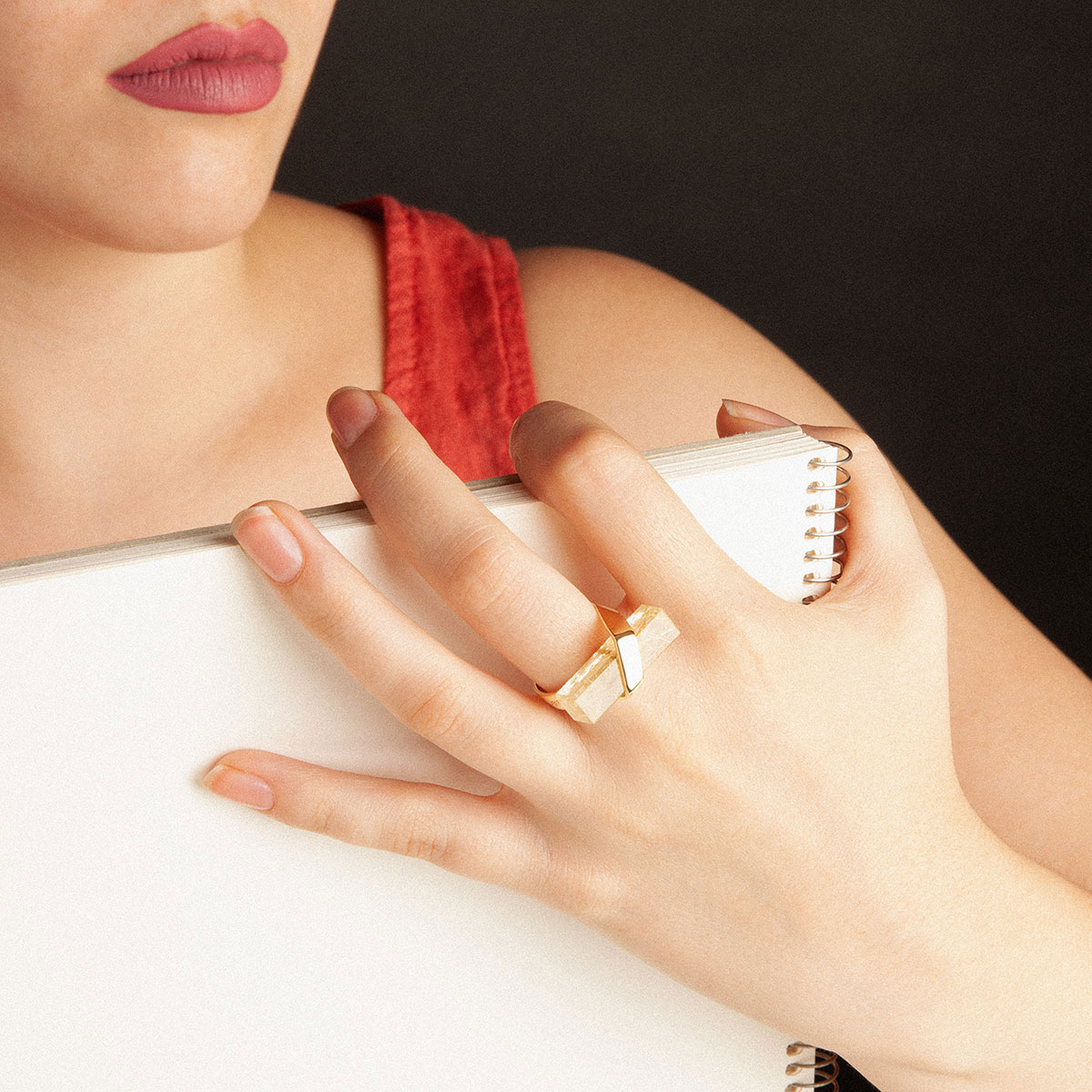 Yei ring in 9k or 18k gold and rutilated quartz

The quartz It is a mineral composed of silica that is present in igneous, metamorphic and sedimentary rocks. It is the most abundant mineral in the earth's crust, and its name derives from the German quarz which means "hard".