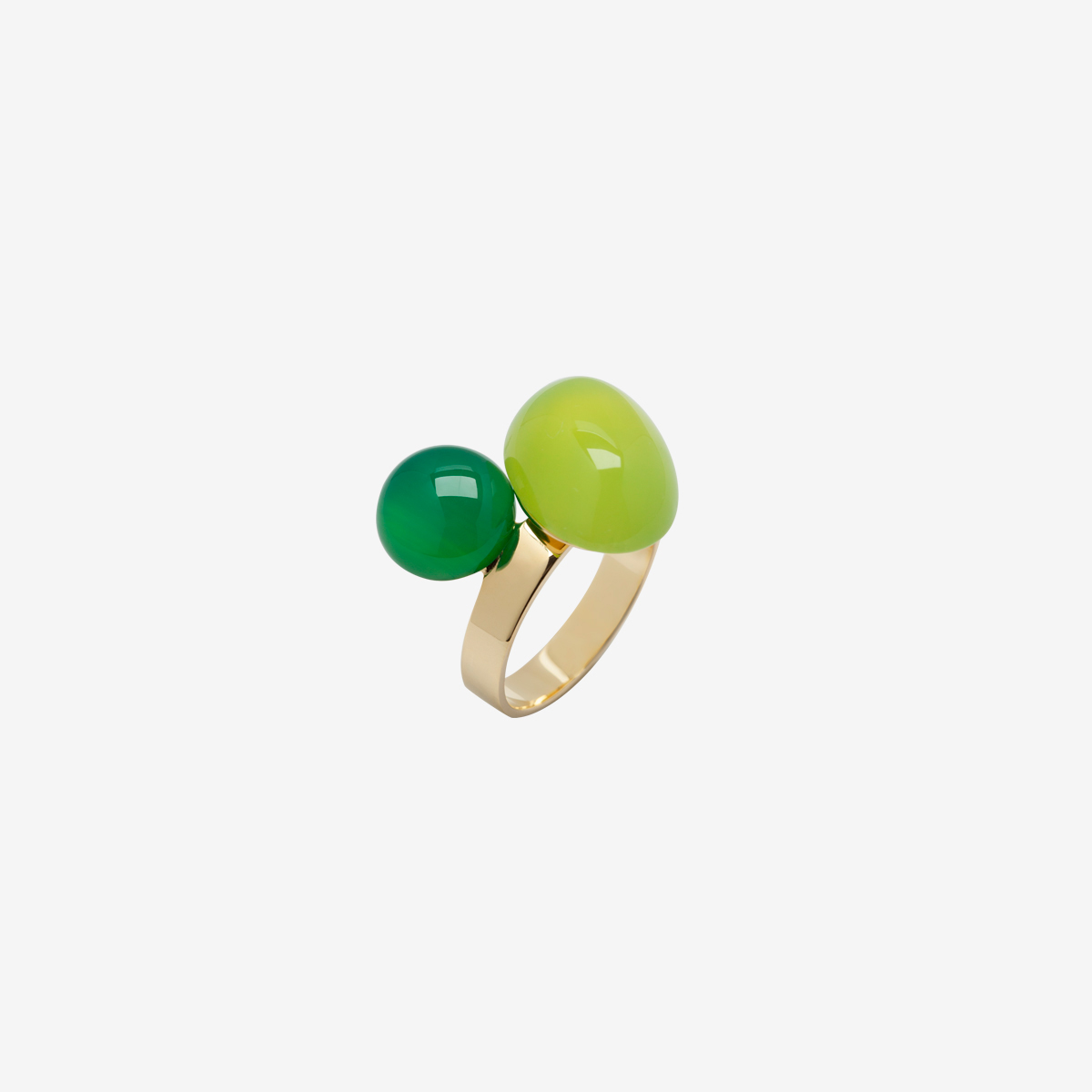 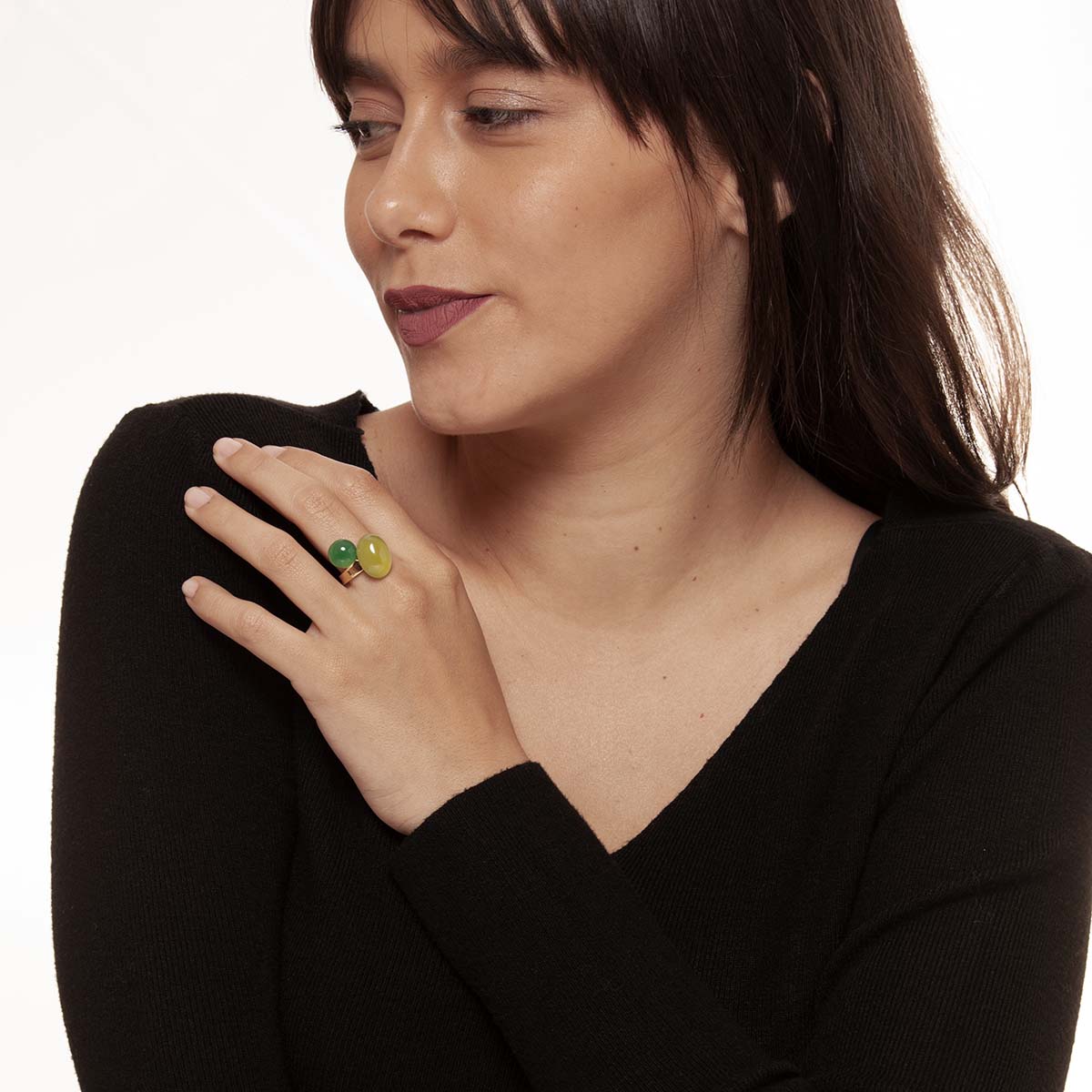 Handmade 18k silver vermeil ring with two pieces in the shape of an oval cabochon of 16×12 mm green chalcedony and 10 mm green agate.

The chalcedony It is a variety of quartz mixed with moganite and is of volcanic origin. Its tone is light grayish blue although it works in different colors. Its name derives from Chalcedon, the ancient Byzantine city.